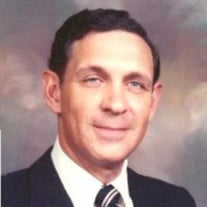 Mr. William Madison Kennedy III was a native of Baltimore, Maryland. He attended the University of Maryland where he received a Bachelor of Science Degree in Civil Engineering in 1963. Subsequently, he studied law and management at the University of Maryland Law School, the University of Nebraska and The Kennedy School of Government, Harvard University, respectively. Mr. Kennedy is a graduate of the Industrial College of the Armed Forces and the U.S. Army War College. He is a registered Professional Engineer. He was a Fellow of the American Society of Civil Engineers, a Fellow of the Society of American Military Engineers and a member of the American Society of Engineering Management, and The Naval Order of the United States. Mr. Kennedy served his country for over thirty years including service in the United States Navy. He began his service with the U. S. Army Corps of Engineers in 1964 in the Baltimore District. He subsequently served at all levels of the Corps organization from the field construction office to the Department of the Army level. His service encompassed experience in engineering, construction, facility engineering and operations. During his career, Mr. Kennedy served with the Corps through out the Cold War in Europe, the Near and Middle East and Southeast Asia. He retired from the Corps in 1996 as Norfolk District Director of Construction, Operations and Emergency Management. Mr. Kennedy's awards include the following Department of the Army recognition: The Exceptional Service Medal, The Superior Service Medal, the Commander's Medal with Laurel Leaf Cluster, The Achievement Medal, The Humanitarian Service Medal, The Civilian Vietnam Service Medal, as well as the Navy Expeditionary Medal, The German Labor Service Award and the S.A.M.E. Silver Exceptional Service Medal. Mr. Kennedy is survived by his wife, Melanie, who lives in Indian Land, South Carolina; his sons William Madison Kennedy IV and Andrew Kenneth Kennedy, both of Charlotte, North Carolina; and grandchildren Duncan Baiden Kennedy and Anna Katharine Kennedy.

Mr. William Madison Kennedy III was a native of Baltimore, Maryland. He attended the University of Maryland where he received a Bachelor of Science Degree in Civil Engineering in 1963. Subsequently, he studied law and management at the University... View Obituary & Service Information

The family of William Madison Kennedy III created this Life Tributes page to make it easy to share your memories.

Send flowers to the Kennedy family.