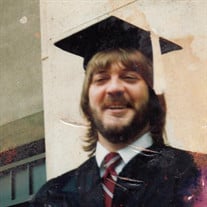 Mr. Robert Christopher (Chris) Howard of Lancaster, SC, passed away on January 5th, 2021 at Kershaw Camden Medical Center. He was born in Lancaster, SC, on April 4th, 1956, son of the late James Lynn Howard and Helen Plyler Howard. Chris was a kind and gentle spirit loved by all who had the privilege of knowing him. Apart from a brief period of living in Belgium and Scotland as a child, he spent his life in Lancaster, SC. Chris was a lover of classic rock and shared his passion with the community for many years during his ownership of Square Records in Lancaster, SC. He was one of the best storytellers and always captured the attention of any room he was in with his jokes, wild tales from his youth, and his many adventures. Chris was a dedicated Indianapolis Colts fan and attended many games throughout the years. He was a graduate of Lancaster High School and graduated Magna Cum Laude from the University of South Carolina with a BS in Business Administration. Chris is survived by his sister, Nancy Howard Thomas (Jim) of Camden, SC, his nieces; Stephanie Stogner, Melissa Andrews-Estridge, Shelley Howard-Robinson, and nephew; Matthew Howard; several great nieces and nephews; and many other extended family members and friends. Chris is preceded in death by his parents, and brother, John Howard of Lancaster, SC. Chris and his family would like to thank the many doctors and nurses who cared for him, as well as the family that helped care for him as his health declined over the last few years. Chris will be laid to rest in a private ceremony at West Side Cemetery in Lancaster, SC. In lieu of flowers, his family asks that you consider a donation to the Lancaster County Council of the Arts to honor his love for music or to the Lancaster Humane Society in recognition of his love for animals. Notes to the family may be made at www.lancasterfuneralhome.com. Lancaster Funeral Home & Cremation Service is serving the family of Mr. Robert Christopher Howard.

The family of Robert Christopher "Chris" Howard created this Life Tributes page to make it easy to share your memories.

Send flowers to the Howard family.