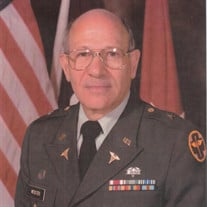 Dr. Paul Daniel Webster, III died at age 91, August 13, 2021, in Lancaster SC. He was born on April 26, 1930, in Mount Airy, North Carolina, the son of Paul D. (Pete) Webster and Edith Gilbert Webster. He is preceded in death by both his parents and a twin brother, William Phil Webster. He is survived by his wife of 64 years, Betty Jean Webster, daughters Julie S. Webster and Elizabeth M. (Marcie) Webster; grandchildren, James Paul Webster Garrett and Alexandra Nicole Garrett; and 2 great grandchildren. Paul and Jean met at NC Baptist Hospital in Winston Salem NC where Jean was Head Nurse on the Surgical floor. They married in Boston Massachusetts where Jean established their first wonderful home, then on to San Antonio Texas; Vulaines Sur Seine France, Minneapolis Minnesota, Durham NC, Augusta GA, and finally, Lancaster SC. Dr. Webster graduated from Mount Airy High School, the University of Richmond, Bowman Gray School of Medicine, internship at the Boston City Hospital, residency and fellowship at the University of Minnesota/Veterans Administration Hospitals, Fellowship in Gastroenterology at Duke University Medical Center, after which he joined the Duke faculty and was promoted to Assistant Professor. He then joined the Medical College of Georgia in Augusta Georgia, where he served as Chief of Gastroenterology and later as Chair of the Department of Medicine. In the Veterans Administration he served as a Clinical Investigator. At Duke University as well at the Medical College of GA he led an active research program dealing with diseases of the pancreas for which he received NIH and VA Research support. In his nearly 50 years of academic medicine, either being taught or teaching, he interacted with more than 5000 medical students, residents, and fellows in medicine. He was a member of 30 professional and medical societies and served as President and Cofounder of the American Pancreatic Association, President of the Southern Society for Clinical Investigation, member and master American College of Physicians, Secretary of the American Gastroenterological Association, Fellow, American College of Gastroenterology, and the American Society of Clinical Investigation. Dr. Webster was inducted into the US Army Medical Corp as a Second Lieutenant at the Boston Army Station. During his military career he commanded the 33rd Field Hospital APO 11, the 382nd Field Hospital and the 818th Hospital Center. He was awarded the Legion of Merit with Oak Leaf Cluster, Meritorious Service Medal with 2 OLC and the Army Commendation Medal with 4OLC. He retired as a Brigadier General with 25 years of service. Funeral services will be held Wednesday August 18, 2021, at 11:00 AM at Moody Funeral Chapel in Mount Airy. Interment will be held at Oakdale Cemetery with military rites conducted by VFW Memorial Honor Guard of Mount Airy and Pilot Mountain. A family visitation will be held on Wednesday from 10:00 until 11:00 AM at the Moody Funeral Home in Mount Airy, NC and an additional visitation will be held Thursday from 4:00 until 6:00 PM at Lancaster Funeral Home, in Lancaster, SC. In lieu of flowers memorials may be made to American Pancreatic Association 2508 West 71st, Prairie Village, KS 66206. Moody Funeral Service of Mount Airy and Lancaster Funeral Home of Lancaster are serving the Webster family. Condolences may be made to www.moodyfuneralservices.com or to www.lancasterfuneralhome.com .

Dr. Paul Daniel Webster, III died at age 91, August 13, 2021, in Lancaster SC. He was born on April 26, 1930, in Mount Airy, North Carolina, the son of Paul D. (Pete) Webster and Edith Gilbert Webster. He is preceded in death by both his parents... View Obituary & Service Information

The family of Dr. Paul Daniel Webster III created this Life Tributes page to make it easy to share your memories.

Send flowers to the Webster family.