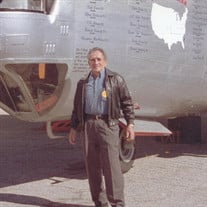 Mr. Lawrence Hardy “Jack” Smith, 92, formerly of Lancaster, husband of Laura Smith, passed away Friday, February 25, 2022 in Winter Garden, Florida. He was born September 11, 1929 in Dillon, SC, a son of the late Elliott Devine Smith and Mary Jane Patterson Smith. Mr. Smith served in the U.S. Army and the Alaskan Corps of Engineers before Alaska was a state. He moved from Lumberton, NC to Lancaster in the mid 50’s and after several years of commuting to various construction projects, opened a land surveying business in 1968 which he operated for 50 years. Mr. Smith was a licensed pilot and was a chairman of the Lancaster Airport for 8 years. A service to celebrate the life of Mr. Smith will be held Monday, March 21, 2022 at 11:00 a.m. at First A.R.P. Church with the Rev. Dr. Kyle Sims officiating. Entombment will be in the Lancaster Memorial Park Mausoleum. Mr. Smith is survived by his wife of 71 years, Laura Smith; three sons, David (Rita) of Kansas City, Phillip (Kathy) of Lancaster and Paul of Winter Garden, FL; a daughter, Crystal Smith Wright (Jack) of Las Vegas; six grandchildren, 2 great grandchildren and one great-great grandchild. He was preceded in death by his parents; a son, Michael; a granddaughter, Ashley; four brothers; and six sisters. The family will receive friends from 10:00 a.m. until 11:00 a.m. Monday, March 21, 2022 at First A. R. P. Church. In lieu of flowers, memorial contributions may be made to the charity of one’s choice. Lancaster Funeral Home & Cremation Service is serving the family of Mr. Smith.

The family of Lawrence Hardy "Jack" Smith created this Life Tributes page to make it easy to share your memories.