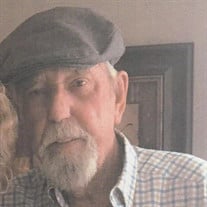 Mr. James Marler, 89, of Lancaster, SC passed away Sunday, December 6, 2020. He was born August 12, 1931 in Chattanooga, TN. He was a son of the late Walter Andrew and Mabel Ruth Long Marler. He was married to Alida Katherine Cord Marler and they celebrated their 50th anniversary on August 6th 2020. Mr. Marler served in the US Army in the Korean War. Mr. James Marler is survived by his wife of 50 years, Alida Katherine Cord Marler, his three daughters: Barbara Jean Timmons of Port St Lucie, FL, Kimberly Ann Kengott and her husband, Bryan of Reno, NV, and Kristy Salene Marler-Weiner and her husband, Andrew of Lancaster, SC. His three grandchildren; Alida Michelle Floyd, Brenna Shea Weiner, and Joseph James Weiner; Two great grandchildren; Zoe Elizabeth Floyd and Zackery Dylan Floyd; two great- great grandchildren; Allen Micheal Deem and Evelyn Alida Deem; His brother Raymond Eugene Marler of Bradenton, FL and his one sister Essie Beasley of Lake Placid, FL. Mr. James Marler was very active in his local church, Friendship Baptist in Lancaster, SC. He enjoyed his church and his fellowship. He spent time with church members and always had people laughing. Mr. Marler enjoyed being outside as well. He was always working in his yard and growing vegetables. He loved his yard. He built birdhouses and would spend time every afternoon sitting on his swing watching the birds and talking about what to do next in the yard. He also loved sitting in his chair with his dog, Benji. He would often spend quiet times praying and talking to the Lord. He loved the holidays and made sure he stayed in touch with his family, no matter how far they were apart. He made friends everywhere he went and would always make sure he talked with people. He would simply go up to strangers to ask them how they were doing just to start a conversation. He had a way to bring smiles and laughter to anyone he met. The family will receive friends from 11-12 on December 13, 2020 and a service will follow at 12 at W L Wilson and Sons Funeral Home. The burial service will follow at Plowmans Cemetery in Apison, TN. We will do a local celebration of life at his Friendship Baptist Church in Lancaster, SC at a later date.

Mr. James Marler, 89, of Lancaster, SC passed away Sunday, December 6, 2020. He was born August 12, 1931 in Chattanooga, TN. He was a son of the late Walter Andrew and Mabel Ruth Long Marler. He was married to Alida Katherine Cord Marler and... View Obituary & Service Information

The family of James Willard Marler created this Life Tributes page to make it easy to share your memories.

Send flowers to the Marler family.