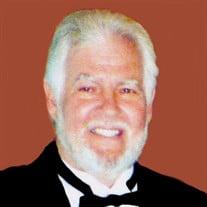 Arrangements by Wolfe Funeral Home of Fort Mill Mr. James Edward “Jim” Faulkner, age 82, passed away Wednesday, March 30, 2022, at Atrium Health in Pineville. Services will be private. Born in Lancaster, Jim was a son of the late George Faulkner and Mary Lou Faulkenberry Faulkner. He served in the U.S. Army for one year and later served the U.S. Air Force for nine years. Jim was the owner and operator of J.E. Faulkner Homes in Rock Hill. He was a member of Pleasant Hill Baptist Church in Heath Springs and attended Pleasant Hill United Methodist Church in Indian Land. Jim was a Mason and member of the Indian Land Masonic Lodge No. 414 and a Shriner and member of the Crescent Shrine Club in Rock Hill. He was also a member of the Scottish Rites. He enjoyed boxing and liked watching any good sports games. He is survived by his wife of 48 years, Linda Pettus Faulkner; his children, Susan Bryant of Chesnee, Mike Faulkner (Holly) of Fort Mill, Chad Faulkner (Judy) of Fort Mill, and April Faulkner of Rock Hill; four grandchildren, T.J. Cook, Ginger Goodman, Kace Faulkner (Madi), and Jake Faulkner; and seven great-grandchildren, Collin, Jae, Gino, Damien, Leya, Bella, and River. He was preceded in death by his brother Billy Ray Faulkner, who was of Lancaster. In lieu of flowers, donations may be made to Pleasant Hill U.M.C., 238 Fort Mill Hwy., Indian Land, SC 29707 Condolences: www.wolfefuneralhome.com.

The family of James Edward "Jim" Faulkner created this Life Tributes page to make it easy to share your memories.

Send flowers to the Faulkner family.