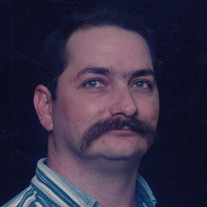 Mr. Chuck Mason Balkcum, Sr., 59, of Lancaster passed away Thursday, September 17, 2020 at his home. He was born January 18, 1961 in Lancaster, a son of the late Wellie Edward Balkcum and Evelyn Ruth Balkcum. Mr. Balkcum was a member of Hopewell... View Obituary & Service Information

The family of Chuck Mason Balkcum Sr. created this Life Tributes page to make it easy to share your memories.

Send flowers to the Balkcum family.