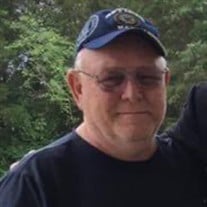 Mr. Charles Anthony Hicks, 71, of Lancaster passed away Friday, February 28, 2020 at MUSC Health, Florence Medical Center. He was born March 29, 1948 in Mooresville, NC, a son of the late Rev. Lewis Jefferson Hicks and Ethel Lee Newton Hicks. After graduating from Chase High School in Henrietta, NC, Mr. Hicks enlisted in the US Navy. He served our country for 22 years, until his retirement. Mr. Hicks served the majority of his time on submarines. His title at retirement was ICC and he achieved the rank of E-7. After retirement, Mr. Hicks enjoyed spending time with his grandchildren and also loved to camp. After his retirement, Mr. Hicks worked with the Lancaster County Parks and Recreation Department. He was employed with them until his retirement. Mr. Hicks was a member of Pleasant Dale Baptist Church. A service to celebrate the life of Mr. Hicks will be held Monday, March 2, 2020 at 7:00 p.m. at the Chapel of Lancaster Funeral Home with the Rev. Dr. Jessie Adams and Rev. Jack Nunn officiating. Inurnment with Military Honors will be in the Fort Jackson National Cemetery on Wednesday, March 11, 2020 at 1:00 p.m. Mr. Hicks is survived by his wife, Pauline “Polly” Bagwell Hicks; a son, Charles “Tony” Anthony Hicks, Jr. and his wife Christine of Ringgold, Virginia; a daughter, Lisa Hicks Hendrix and her husband Joseph of Lancaster; five grandchildren, Cody Hicks, Kyle Hicks, (Kennedy); Cassidy Solomon, Jessica Solomon and Connor Wood; a sister, Jean Hensley and her husband John of Lancaster; a step sister, Joy Franklin Currie and her husband Bob of Henrietta, NC; and In addition to his parents, Mr. Hicks was preceded in death by; three brothers, Don Hicks, Bill Hicks and Paul Hicks. The family will receive friends from 6:00 p.m. until 7:00 p.m. Monday, March 2, 2020 at Lancaster Funeral Home. Lancaster Funeral Home & Cremation Service is serving the family of Mr. Hicks.

The family of Charles Anthony Hicks created this Life Tributes page to make it easy to share your memories.

Send flowers to the Hicks family.