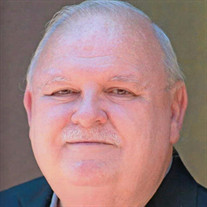 Mr. Boykin Kendall “Ken” Bell, 66, of Sumter, formerly of Lancaster passed away Thursday, January 21, 2021 at Prisma Health Tuomey Hospital in Sumer. He was born July 21, 1954 in Lancaster, a son of the late Columbus Boykin Bell and Carrie Ligon Bell. He graduated from Lancaster Senior High School, received his bachelor’s degree from the University of South Carolina, and his master’s degree from American Military University. Bell was a published writer, having written several books and had been published in many regional and national magazines. He was a retired journalist and had worked as a reporter with The Charlotte Observer, The (Myrtle Beach) Sun News, was a reporter then news editor at The Lancaster News, news editor at The Beaufort Gazette and later became city editor of The (Sumter) Item. He won more than 25 awards from the S.C. Press Association during his career. He also won awards from the S.C. Education Association and The Associated Press. Ken had served as a military analyst with Alion science and Technology at Shaw Air Force Base. He later worked with the Sumter County Sheriff’s office and the Sumter County Coroner’s office. Bell was an honorary member of the Sumter Marine Corp League Detachment No. 1202, the Sumter-Palmetto Rotary Club and was a Paul Harris Fellow. In 1972 he was named Rookie of the Year by the Lancaster Jaycees. He was an active member of Alice Drive Baptist Church in Sumter. A service to celebrate the life of Mr. Bell will be held Monday, January 25th, 2021 at 2 p.m. at the Chapel of Lancaster Funeral Home with the Rev. Clay Smith officiating. Burial will be in the Lancaster Memorial Park., Mr. Bell is survived by two sons, Charles K. “Chuck” Bell (Cher) of Kershaw and Chad D. Bell of Lancaster; a daughter, Crystal B. Strickland (Christopher) of Lancaster; a deceased brother, Carroll N. Bell of Lancaster; a sister Karen Bell Ritenhour (Michael) of Kershaw; and six grandchildren. A.J. Bell, Rhiana Bell, Carlee Strickland, Kailyn Bell, Kaydee Strickland, and Addison Strickland. Memorial contributions may be made to the charity of one’s choice. Lancaster Funeral Home & Cremation Service is serving the family of Mr. Bell

The family of Boykin Kendall "Ken" Bell created this Life Tributes page to make it easy to share your memories.

Send flowers to the Bell family.