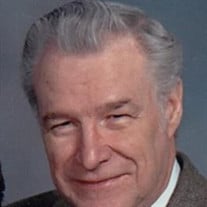 Mr. Aaron Lucas, 78, of Lancaster went to be with his Lord on Sunday, March 21, 2021. He is survived by his wife of 56 years, Martha Faulkenberry Lucas. He was born January 17, 1943 in Lancaster, a son of the late William Samuel Lucas and Geneva Robinson Lucas. He was a member of Springdell Baptist Church, where he was a former Training Union Teacher, Sunday School Teacher, Deacon, and Pastoral Committee Member, helped with the youth, and worked with Bible School. He had retired from Siemens Westinghouse in 2005. He liked to travel, work on cars, fishing and hunting. He lived life to the fullest. He had served in the US Army for three years. A service to celebrate the life of Mr. Lucas will be held Wednesday, March 24, 2021 at 3:00 p.m. at the Chapel of Lancaster Funeral Home with the Rev. Donald W. Tillman and Rev. Dean Casey officiating. Burial with Military Honors will be in the Lancaster Memorial Park. Mr. Lucas is survived by his wife, Martha Faulkenberry Lucas; six nephews, William Faulkenberry of Shelby, NC, Tony Faulkenberry (Kristi) of Lancaster, Bryan Henry (Karen) of Fort Mill, Jim Henry (Lara) of Elgin, SC, Rob Jones (Mica) of Liberty Hill; and Steve Lucas of Myrtle Beach; two nieces, Mandy Henry of Lancaster and Tammy Smith of Charlotte; a brother, Roger Lucas (Linda) of Lancaster; three sisters in law, Jane Lucas, Janie Henry and Barbara Jones (Robert); a brother in law, Billy Faulkenberry (Jean); and a number of great nieces and nephews. In addition to his parents, Mr. Lucas was preceded in death by a brother, Billy Lucas and a nephew Lee Lucas a brother in law Randy Henry, a niece, Janet Henry and a great nephew, Zach Henry. The family will receive friends from 2:00 p.m. until 3:00 p.m. Wednesday, March 24, 2021 at Lancaster Funeral Home and other times at the home. Memorial contributions may be made to Springdell Baptist Church – Building Fund, 1420 Springdell Church Road, Lancaster, SC 29720. Notes to the family may be made at www.lancasterfuneralhome.com. Lancaster Funeral Home & Cremation Service is serving the family of Mr. Lucas.

Mr. Aaron Lucas, 78, of Lancaster went to be with his Lord on Sunday, March 21, 2021. He is survived by his wife of 56 years, Martha Faulkenberry Lucas. He was born January 17, 1943 in Lancaster, a son of the late William Samuel Lucas and Geneva... View Obituary & Service Information

The family of Aaron Lucas created this Life Tributes page to make it easy to share your memories.

Send flowers to the Lucas family.